In lieu of the Moonlight Film Festival this summer, the City of East Lansing has partnered with the Michigan State University (MSU) Museum and the MSU Science Gallery to present Field of View: An Art x Science Film Series.

Field of View: An Art x Science Film Series features a collection of eight thought-provoking documentaries exploring humankind's understanding of the world. From the Sundance Film Festival to the South by Southwest Film Festival, these captivating films have been entertaining audiences across North America.

The films will be shown June 2-July 21 on Thursday nights on a big, outdoor screen in Valley Court Park, 280 Valley Court. All films will start at dusk, at approximately 9:20 p.m.

Advanced, free registration is recommended and is available at museum.msu.edu. Community members can learn more about the film series here. 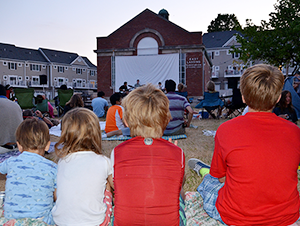